Skip to content
Cart
New Arrivals! Free Shipping to all of NZ.

Rach: Few fashion questions..
Sue: I might get giggly... It's hard to take you seriously Rach!

R:   When you think of CAUGHLEY, what kind of things come to mind, what kind of things do you think of?
S:   Well, that’s so easy for me, because CAUGHLEY is totally on my vibe. I love the European brands you have brought in and I love the fact that they are accessible to a lot of people. I love the look and feel of the Ghuznee Street store with its little bit of grunge graffiti artwork in a beautiful building, it’s kind of refreshingly imperfect. And I love that about the clothes as well - it’s the mix of beautiful and practical. We are real jeans and t-shirts girls, but hey we want to cater to people who love a pretty dress and top too, because we are not all the same. I just love CAUGHLEY and you are a huge part of that Rach. 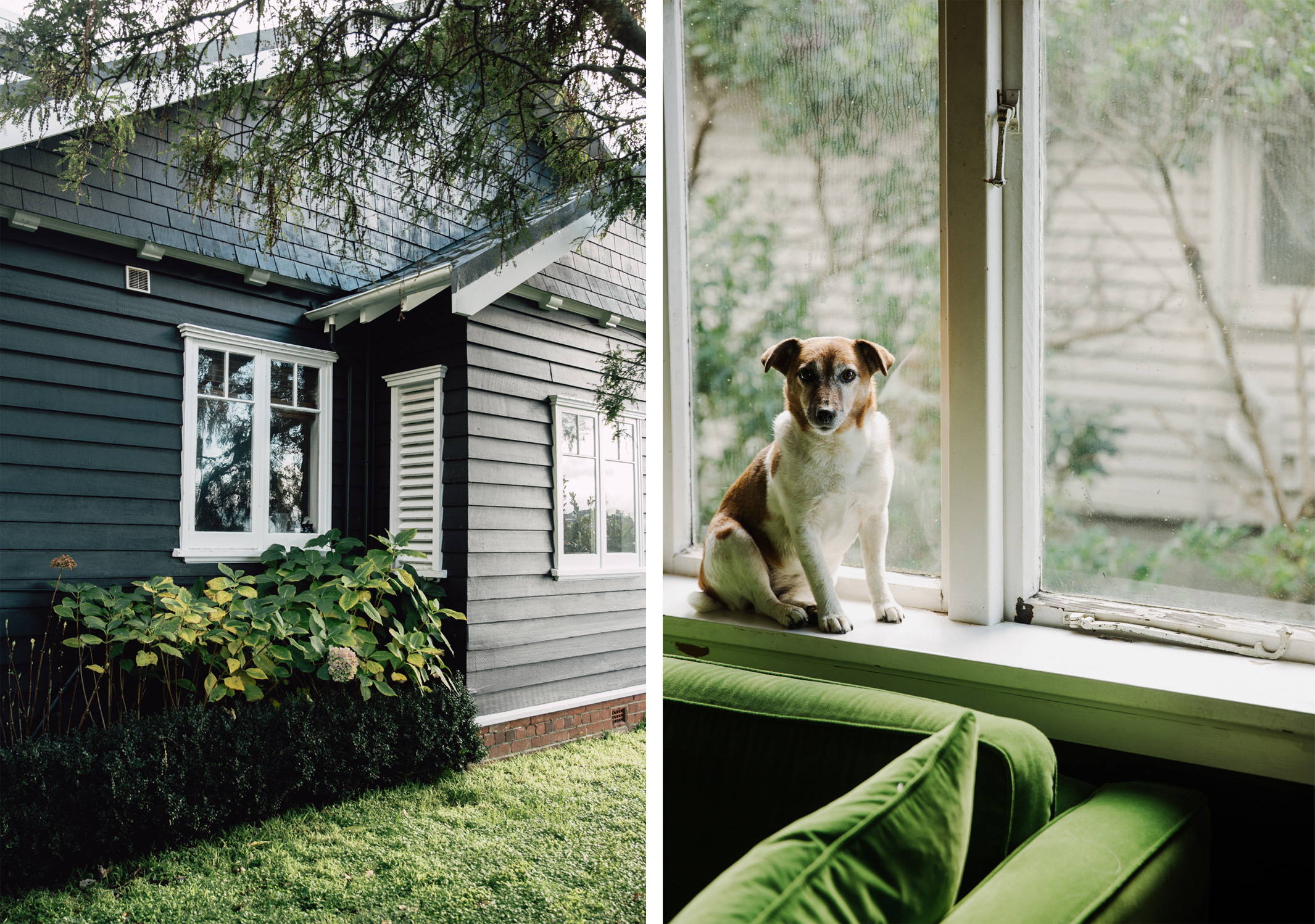 R:   So clothing. What does it mean to you? Why do you spend a decent amount of money on clothes?
S:   Well, I think I am unusual in that I actually gain confidence from clothing. So really (unfortunately for me) it's hard to feel good in cheap clothing. If I put on cheap clothing I just feel cheap. I think some people can pull that off beautifully, and I applaud them. But a beautiful coat, or a beautiful t-shirt, or a beautiful jersey - it is like a piece of art for me. And it gives me that same thrill, I love it, I wear it. I don't have to have a lot of them, but I have to have that special piece to make me feel wow. And I will spend money, not on everything, but on the key pieces like boots, coats, a beautiful cashmere jersey…

R: But you’re happy to go to AS colour for a t-shirt?
S:   Only sometimes… haha only just.

R:  When you went through that Pernille (blogger) phase though… and you brought that red AS t-shirt.
S:   That is not quite in the bin, but definitely the bottom of the drawer, so you know what? Jac and Jack t-shirts. We are getting them in January - can't wait! Talking about t-shirts - I bought that t-shirt you are wearing Rach, in a very ambitious stage of my life, and I put it on, and someone said ‘you are 56 years old, you cannot wear that t-shirt’. And I thought, who can wear that then and rock it? - Rach! 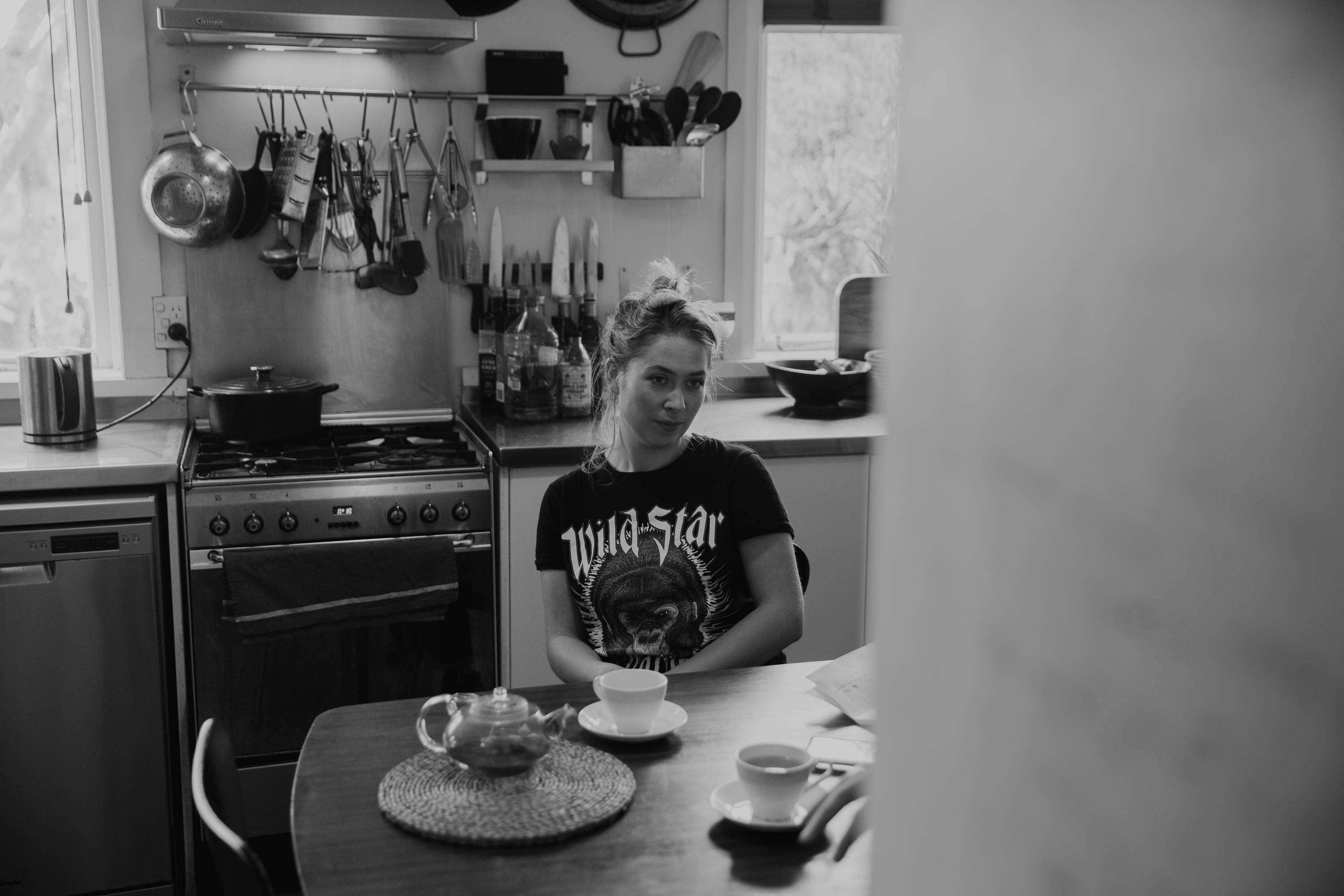 R:  You lived in Auckland for a long time, and you've now lived in Wellington for 18 years. do you think Wellington has had an impact on your style?
S: I do actually. I never would have thought so, because I thought Auckland was the ‘it’ place, and that was where everyone went and where all the shops were. But actually I feel like Auckland had got a bit bland and a bit samey and Wellingtonians, because it’s just the nature of the beast here, we have to deal with more elements. Its much smaller, its harder to get the brands and so people are more creative. I like Wellington with all these quirky designers. I mean you look at all these boutique shops like GAG, ENA, you, Mandatory, Service Depot ... all very Wellington brands. In fact my sisters, who all live in Auckland are always surprised, like OMG where did you get that outfit? 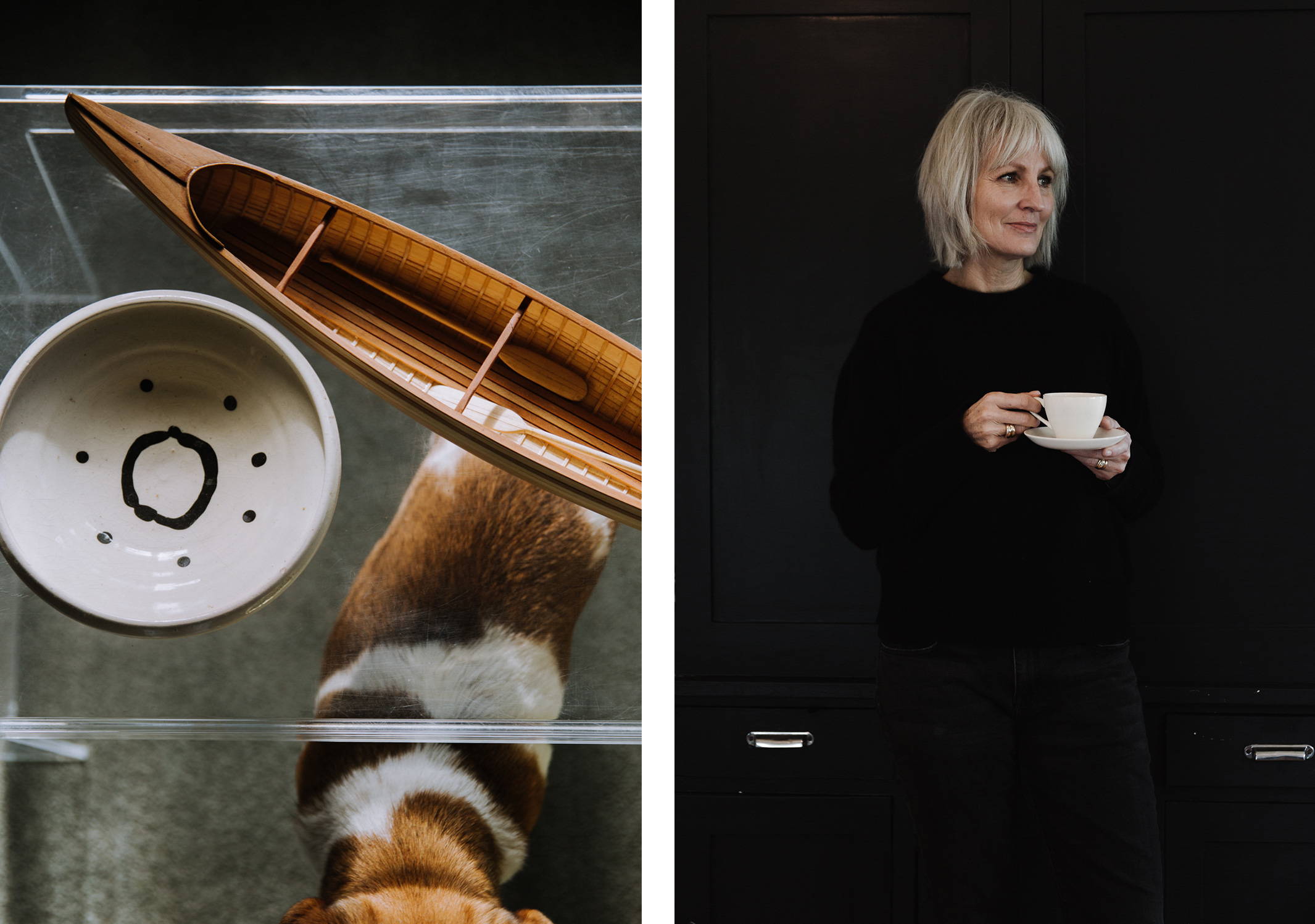 S:   Didn’t you think it was interesting Rach when David Jones came along and everyone thought wow DJ’s is going to take over the boutiques, but actual fact, what's happened is, it so has its own distinct look, that it has actually brought people who want this more individual look into boutiques like yours - who sell great independent labels like Wynn Hamyln!

R:    100% I think DJs has made people want to shop at smaller boutiques, because they don’t want to look like everyone else. They want to find something unique. And I think more than most cities, Wellingtonians really love Wellington, and want to support local. It’s really cool. 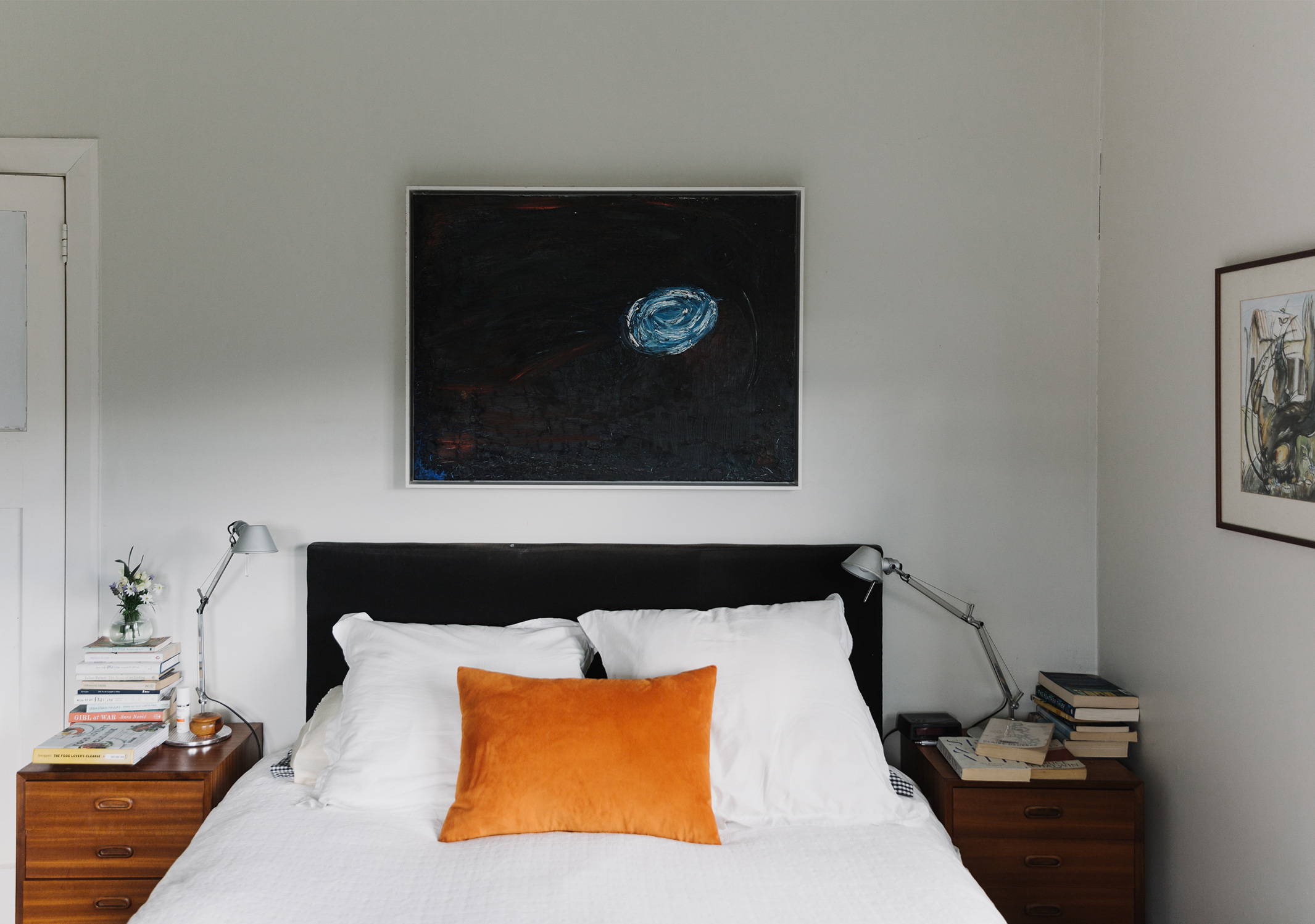 R:   I know that you want to find a little bit of land, in an industrial area in town, quite small, like 80sqm. So I just wanted to know what your thoughts were on the future of the way we live, like everything in your house I feel like it has a lot of meaning, and everything is there for a reason, and so everything is beautiful in its own way, so what are your thoughts on the way we live, and why do you want to have a tiny house?

S:   Well I think it's becoming obvious to most people that actually we can't keep going the way we are. Housing has become an impossible reality to buy, large houses are unnecessary, and its almost an indulgence when some people haven't even got a roof over their heads. So I like this idea that we can build smarter, and smaller, with interested architects… but I do think there is a real problem with land. I have been looking for something and I have a few things in mind now, but it’s really difficult for people to find. And the thing about the items people fill their houses with! I didn't have that so much growing up, as with an unsentimental Mum, everything was disposable. Actually in the past 20 years, and I don’t know if its age, or your mother's influence (she is very much about the sentimentality of things) but actually I have come to find pieces that I like, I want to have them forever because they have some meaning to me. And it doesn’t matter if it's not the most beautiful piece, or the most expensive piece, it could be your child's artwork, or this photograph of my daughter, which brings me joy every day, look at her little fingers, it's a photograph, but that is important to me. Just to fill your life up. I always say this to clients, allow houses to have a life, it doesn’t matter if the cream doesn't match with the white, or the chair has worn with age, because that is what gives a house a life. Otherwise you just live in a showhome, who wants to do that? That's not a rich life. And I’ll be helping you Rachy with your new house, I will get the dog with muddy feet to stand on that new couch of yours. Ha! 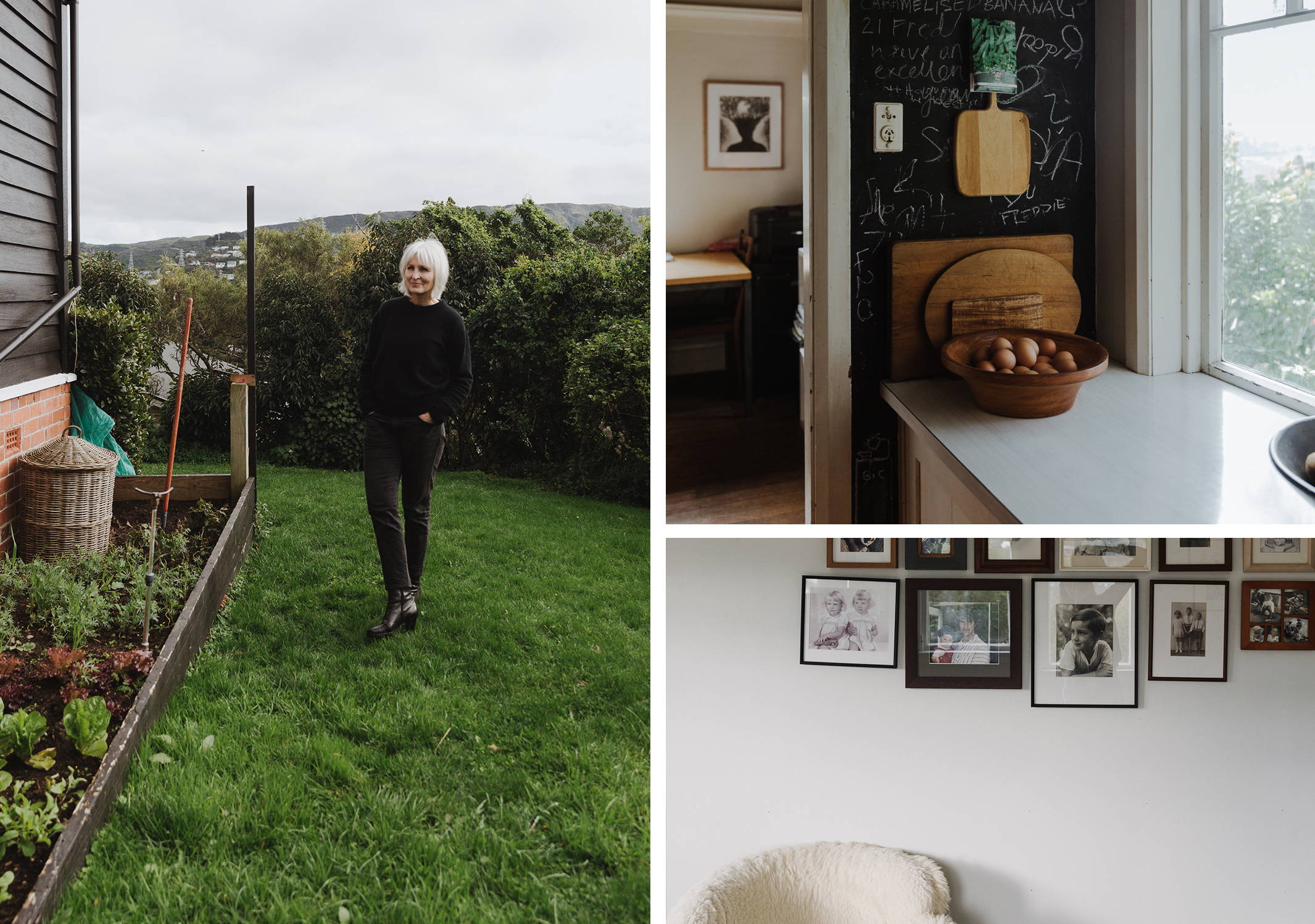 R:   So I want to ask you about breast cancer, because a lot of women out there have experienced that. Well that's interesting....

R:   Well I have had women in my shop before, who have brought a sparkly skirt to wear to their first round of chemo, or buy the beautiful scarf for after the chemo etc. So did that experience teach you anything, did it change your perspective on anything, and do you have advice for anyone going through that?
S:   Well I think it’s a very tough thing for anyone to go through. And mostly when people are diagnosed they hear the word cancer and think they are dead. But I think I have become so much more aware of everything, and I know now that people can live with cancer and people can get through cancer - touch wood! - but a couple of things that I did learn from it, is that, definitely do not sweat the small stuff. Like when people ring me up now and say, Im really worried about whether that black is going to match with the new black. I go - do not give that a second thought, it will be okay. Or I don’t even want to hear it. I don’t want to hear if your car has been dinged, and whether the colours match or whatever, because really, who gives a fuck? I mean, there are just so many more important things in life. SO I think I have become a little intolerant of people who sweat the small stuff and I do think we can do an enormous amount of damage to ourselves worrying about irrelevant stuff, that is needless and it's going to make no difference. Just get out there, identify with who you are, what you want, be the person you are, be your authentic self, and live the life you want. Not everyone is going to like you, and you’re not going to love everybody, so do the things you want to do, because you could get run over by a bus next week anyway. I do think positivity is a good thing… if you can manage it, and not everybody can. Don’t worry about the days when it feels like you’ve hit a brick wall hahaha, wipe yourself up off that wall, and put on that really nice coat from CAUGHLEY and go for a cuppa with a friend. 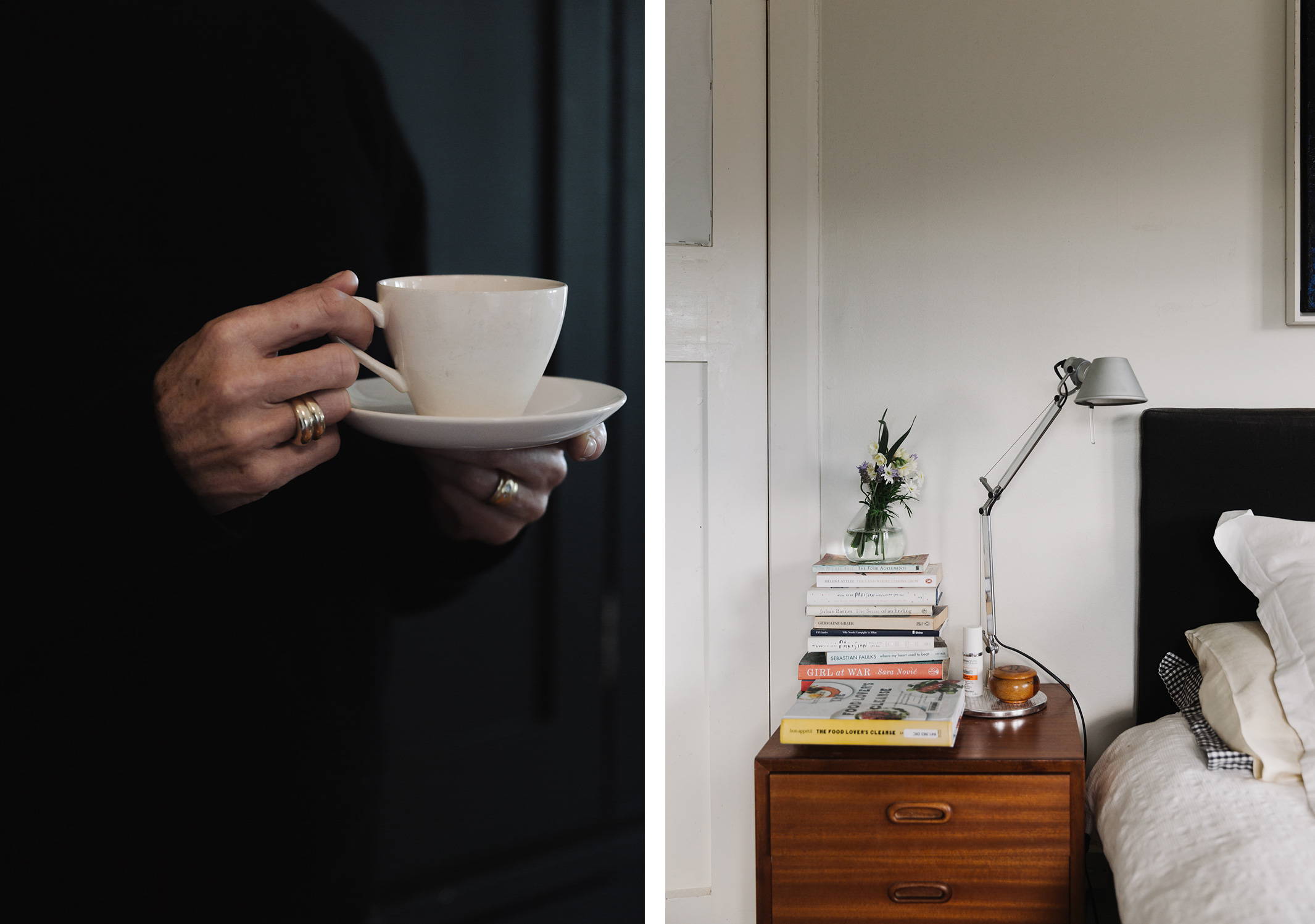 S:   Rachy you know I do!!!! That's a rogue question. There are people that I follow because I think you definitely get ideas but actually really, I just love women who have a strength about them, who have a slightly fuck-off attitude, and they wear the type of clothing that I like, which is, slightly masculine, but a feminine touch to it. Very tailored. Who have a bit of a uniform like coats, jerseys, jeans. And people who wear that I admire. The people I follow are just really to show me different ways to do it. And last year, as you know, when we were in Paris, I had a little spasm for about a month, where I thought I am so sick of what I am wearing, I changed it up. So I was going, I’m into colour, I’m not wearing any black, and after a month, I noticed Rach, you started to look worried.

I was!! But you never had had so many compliments in your life. Which was an interesting thing…

S:   You can wear clothes that people will compliment you on and that is a certain look, but mostly the clothes I like to wear, are much more subtle than that. No one's ever going to say to me, you look great in that jersey, because its a black jersey, but actually I don't want to be that person that stands out in the red dress. I might very occasionally but mostly not.

S: Well I just love women to be empowered by who they are. It’s a big thing for me. I think the beauty of your shop, is that you actually make people feel better, you make it easier for them, and they feel good. I think that we all have to try and be kind to people, we all have to help people, we are all in this world together, and this clothing thing, we have a hell of a lot of fun with it, but it's just one aspect of it. We have to remember there are people in Ethiopia that can’t even get clean water. 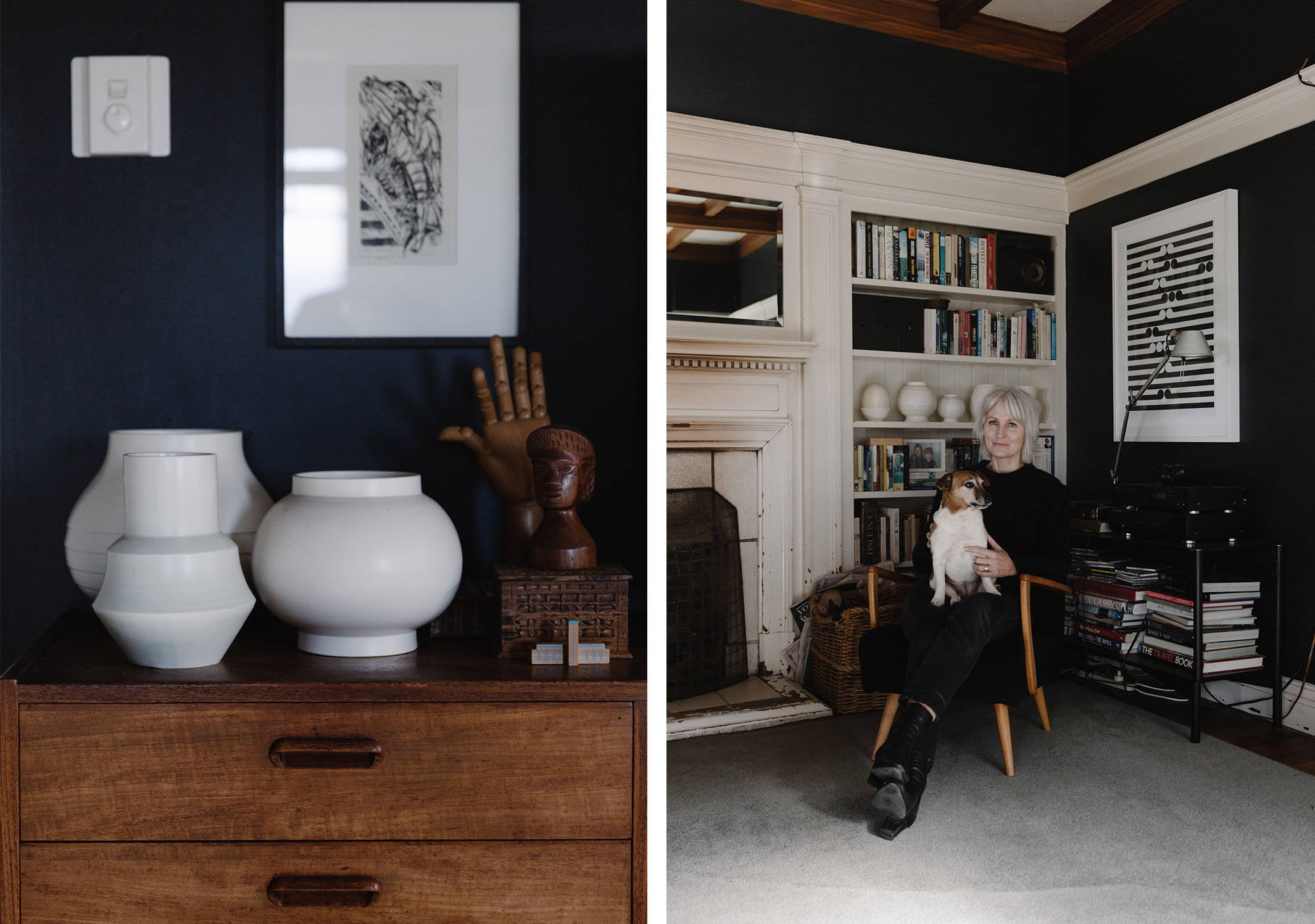